Marmara Chain studies started in 2016 at Marmara University. 5 workshops were held within and outside the university involving academy and business world. Academics involved different faculties and universities. Students mostly from engineering fields in Industrial and Computer Engineering participated in the workshops. As a result of these workshops, business requirements were transformed into smart contracts and transformed into the first POC application on a test chain. The first smart contracts (Crypto Conditions) were coded by the legendary James Lee, #jl777 who is the founder of Komodo Technologies Platform. The credit loops developed as POC first were tested by hundreds of engineering students and blockchain enthusiasts in two semesters period at the Engineering Faculty of Marmara University between 2018 and 2019. Credit loops were tested on many test chains during this period based on the bug fixes. During those tests, Marmara Community attracted blockchainers from the Komodo ecosystem at an international level. Since the main rewarding mechanism merged with the credit loops would be a staking-based chain, it was decided to make 2 million premining and distribute it within the community who participated in tests and Marmara Chain workshops. Coins produced with Premining were distributed within the Marmara Community. The history of whole Marmara Chain development can be found in history page. 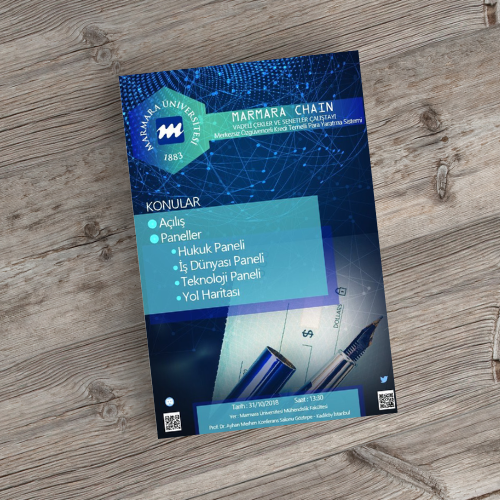 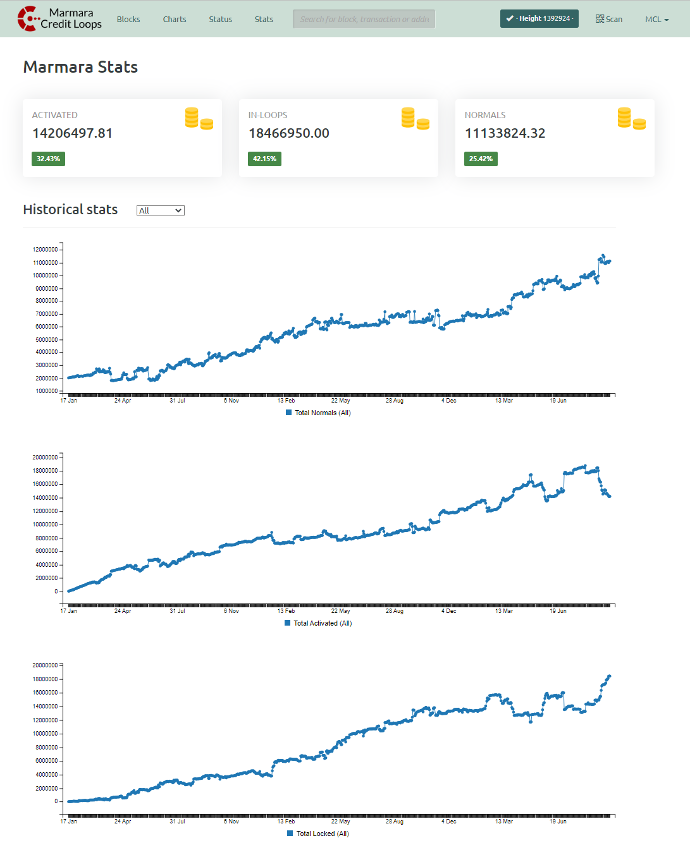 Marmara Chain has an estimated block time interval of 1 minute and 30 MCL per block as reward. To provide liquidity due to locked coins, a fixed amount of 15 millions are set annually without halving.

Marmara Chain has 3 different coin types for which statistics are given online on stats page in any of 4 explorers, e.g. Explorer Stats | marmara.io, https://explorer.marmara.io/stats

The 3 coin types together make up the total supply. They are Normal, Activated, In-Loops as explained below.

Normal: They are spendable coins which circulate freely to use as cash during shoppings. Normal coins have no staking power. Half of the blocks comes as normal coins that can be produced through mining (25%) or staking (75%).

Activated: These coins are locked and cannot circulate during staking. They can be unlocked any time to become normal. Once locked they have 1x staking power. They are very easy to unlock any time. Once unlocked, they lose staking power. The half blocks come out as activated/locked ready for 1x staking. The mere purpose of activated coins are to provide collateralization needed in protocol 2. Activated coins also act as part of deflationary mechanism since they cannot circulate once they are locked for staking.

In-Loops: These coins are locked in credit loops which give the power of 3x staking. The maturity of credit is defined during issuance of credit and cannot be changed later. The maturity is defined in terms of the block height agreed during creation of each credit loop. The only thing to transfer a credit in a credit loop is to make shopping, i.e. to buy real world items. This is due to transfer of 3x staking when transferring/endorsing a credit to a new holder/bearer. Transfer is only meaningful to buy/shop since endorser loses the right for 3x staking when credit is transferred to a new holder.

Coins produced with premining were distributed among the Marmara Community who participated in workshops, in test nets.  The business people who use post-dated checks and promissory notes regularly, the engineering students who joined in POC and other test nets, the mentors who teaches the system in early days, the potential escrows who are likely to participate in Phase 2 were given priority during distirbution of premined coins. There was no ICO and selling of the coins during the launch of project.